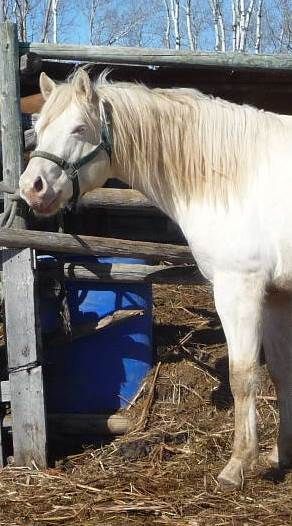 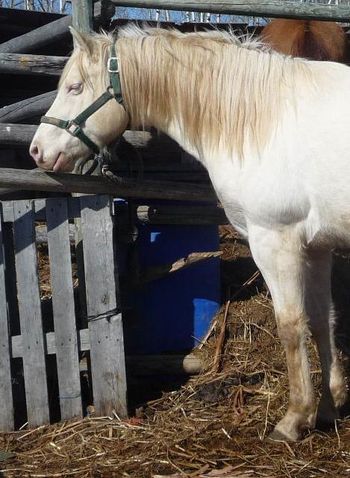 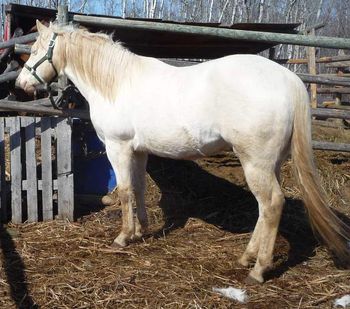 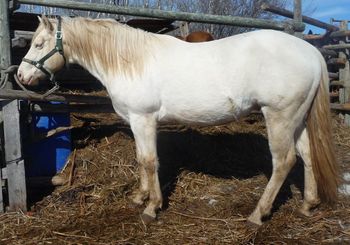 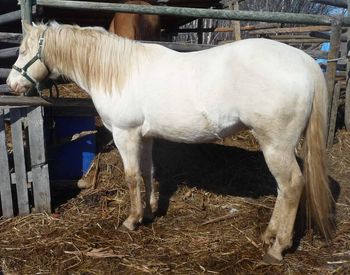 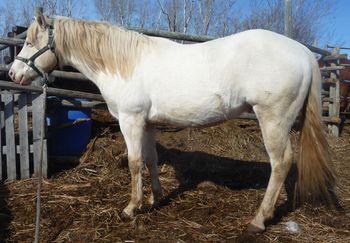 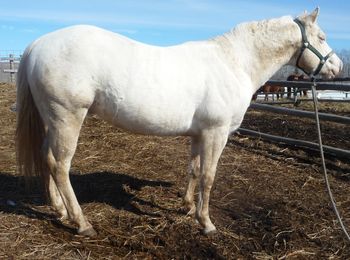 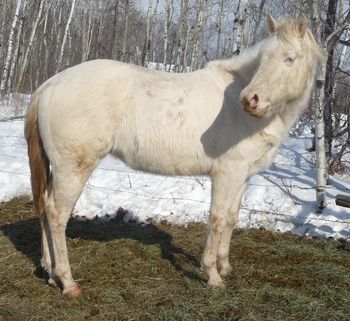 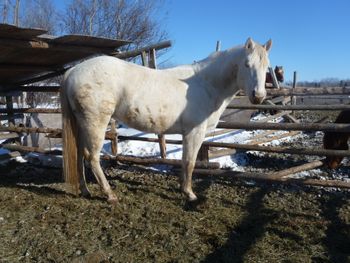 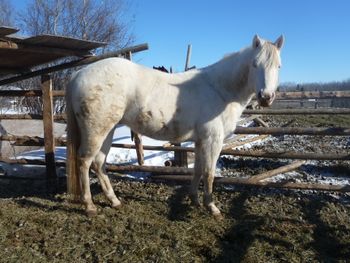 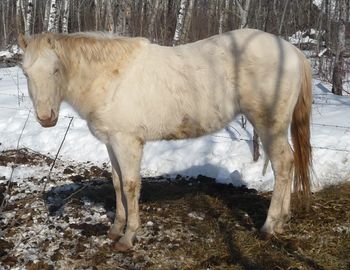 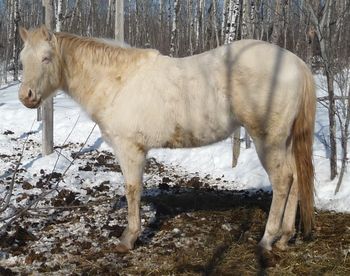 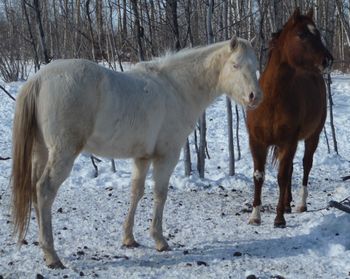 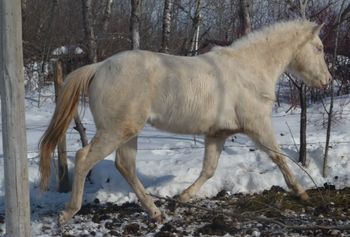 Share photo gallery
Busy Bleachin Chex is a 2010 Perlino stallion whom I brought up from Washington when he was a yearling, with intentions of starting, showing, etc. Well mother nature and my life had a different plan and Reggie got behind an did not make it to the show pen, yet.  I used him as a breeding stallion for the first time in 2014. He has two foals coming in 2015 which are guaranteed colored because of the double dilute gene he carries. He is about 15 hh and is a gorgeous, friendly, talented and smart boy whom I think could have done great things had it not been for his owner. With his blood lines, conformation and trainability I am sure of it. The 5 panel test with the Animal Genetics lab has determined him to be a GBED carrier and n/n for sabiano, splash genes and W20 allele.

Chex Nu Jewel's dam, The Royal Jewels, is the earner of 60 AQHA pts. She was the 1992 AQHA High Point Jr. Working Cowhorse 4th, and qualified for the 1992 World show in reining.

Will not be standing to outside mares for 2016. 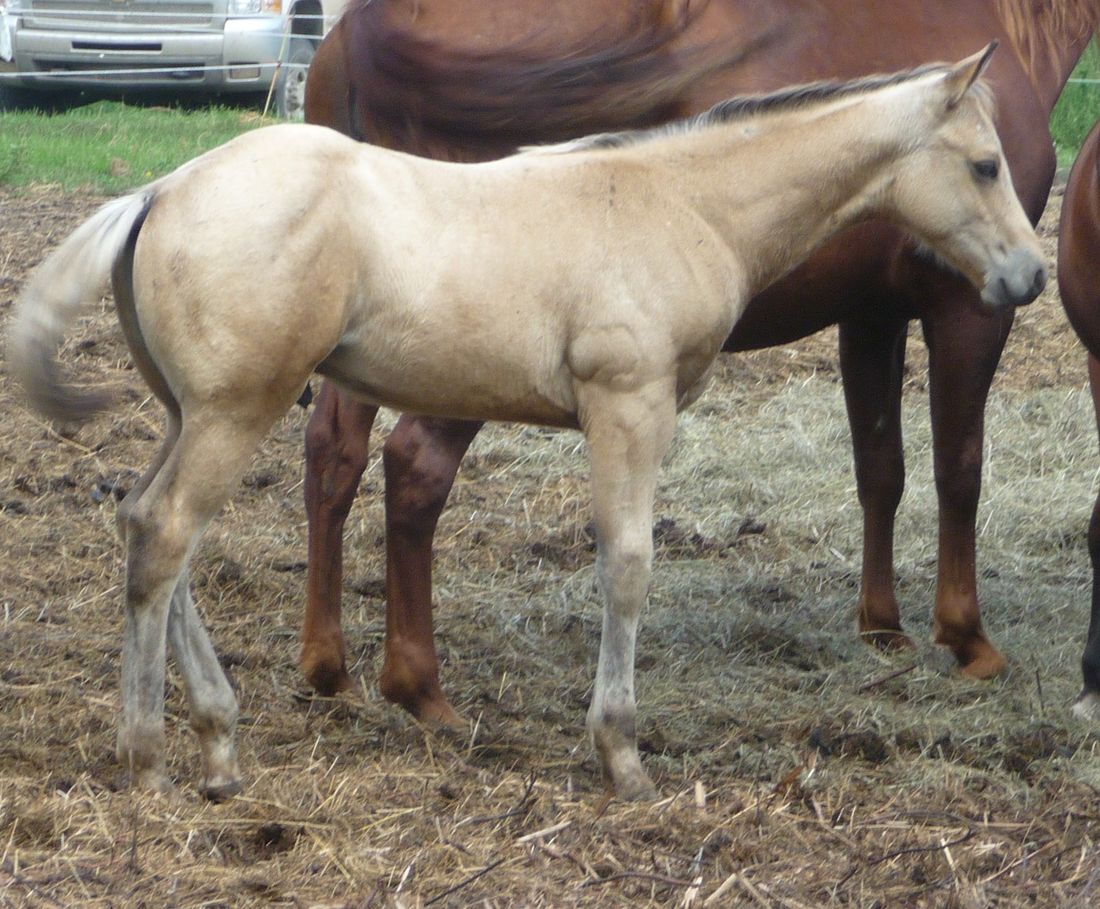