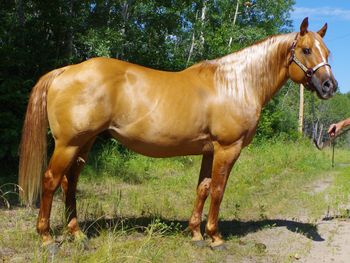 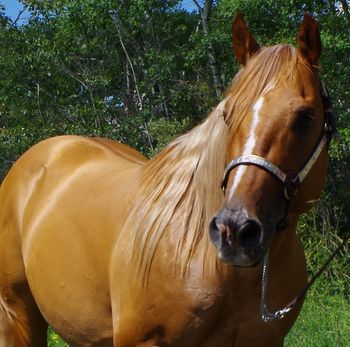 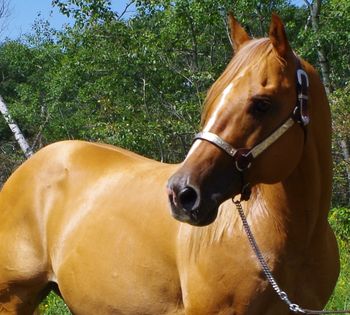 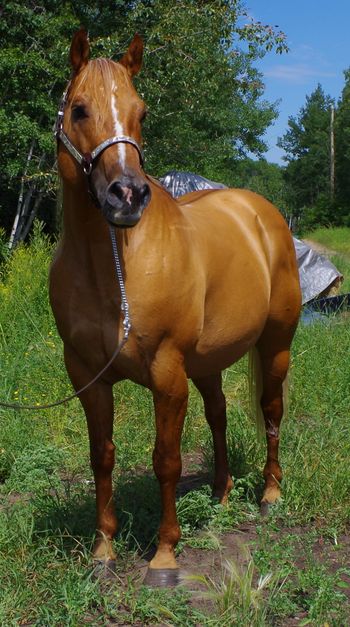 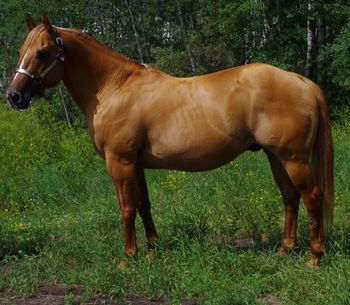 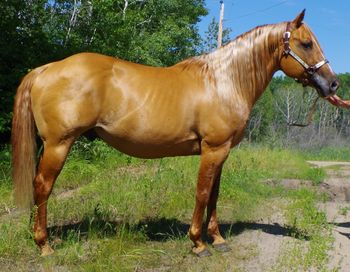 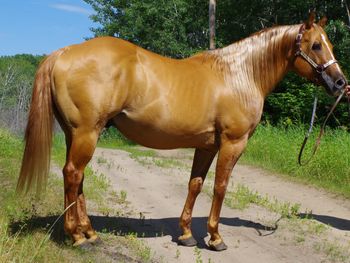 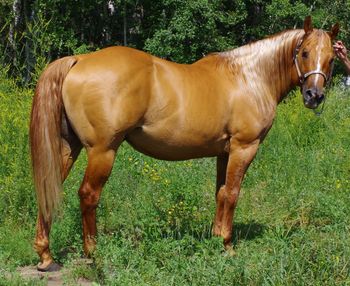 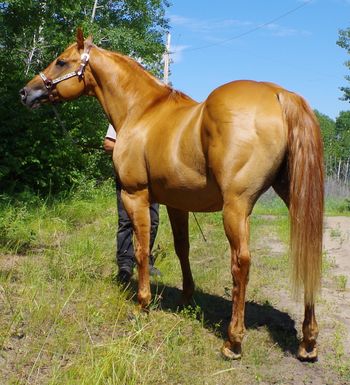 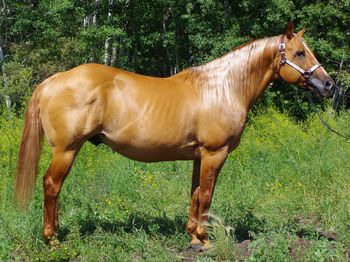 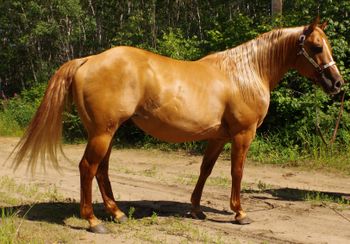 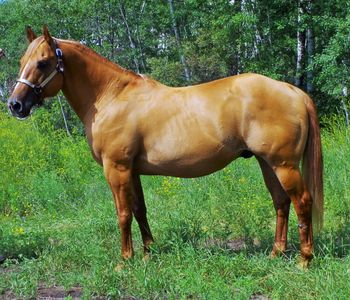 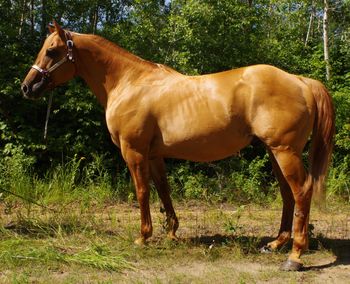 Dunitsmart Thistime, AKA Smarty, is a well mannered, friendly, handsome, conformationally correct, 15.1 hh red dun stallion.  Smarty is broke to ride but is unshown due to a wire cut he obtained as a two year old but he is proving his worth as a stallion.  His first limited foal crop in Canada was in 2012.  He passes on his looks and trainable, athletic, friendly nature to his colts.

Dunitsmart Thistime is out of the dam ThistimeIreallydunit,  LE NRHA - $897, NCRHA Limitted Non Pro Reserve Champion, NRHA Producer.  ThistimeIreallydunit is sired by NRHA Hall of Fame and NRHA 6 million dollar sire Hollywood Dun it.  She is out of the dam Melonkali Sweetie who is herself a NRHA money earner, NRHA World Champion Novice Horse Non Pro -7th and producer of 12 performers.

Thanks Mel and Jean for the opportunity to have Smarty become one of the newest members of the breeding program at D Hanson Ranch. I am sure that great things are in store for the future.

Dunitsmart Thistime is 5 panel clean, n/n for LWO and is homozygous for W20 allele.

Dunitsmart Thistime is the only son of Smart Starbuck standing in Canada. 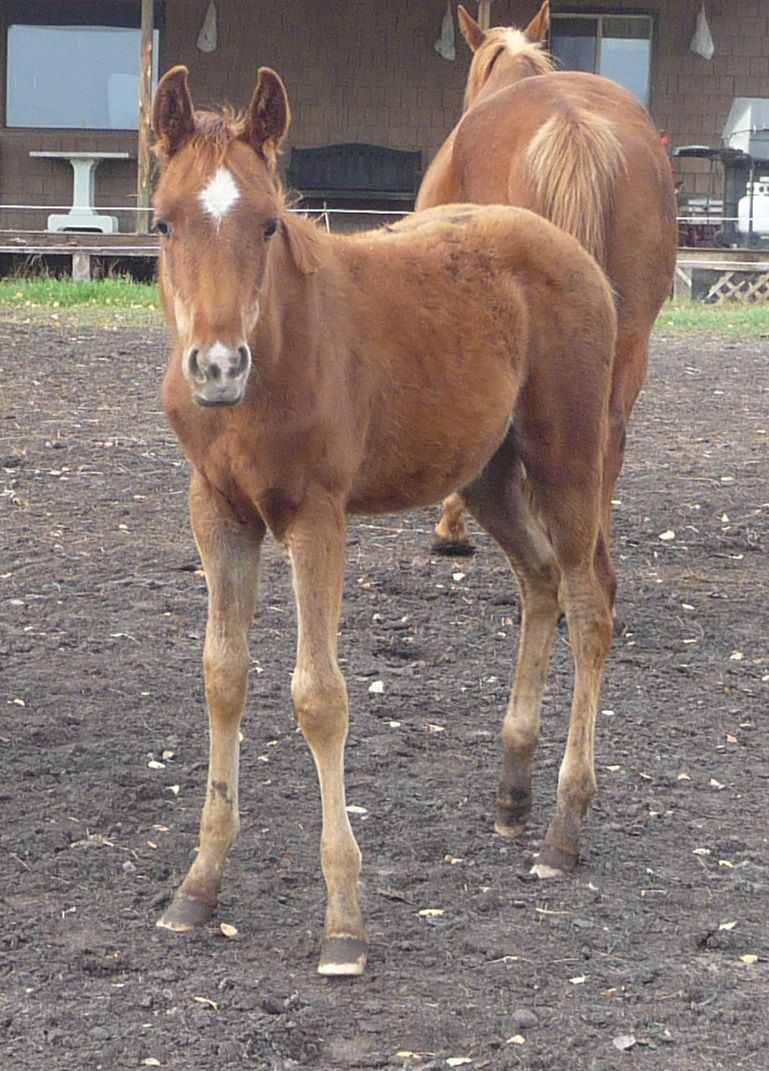