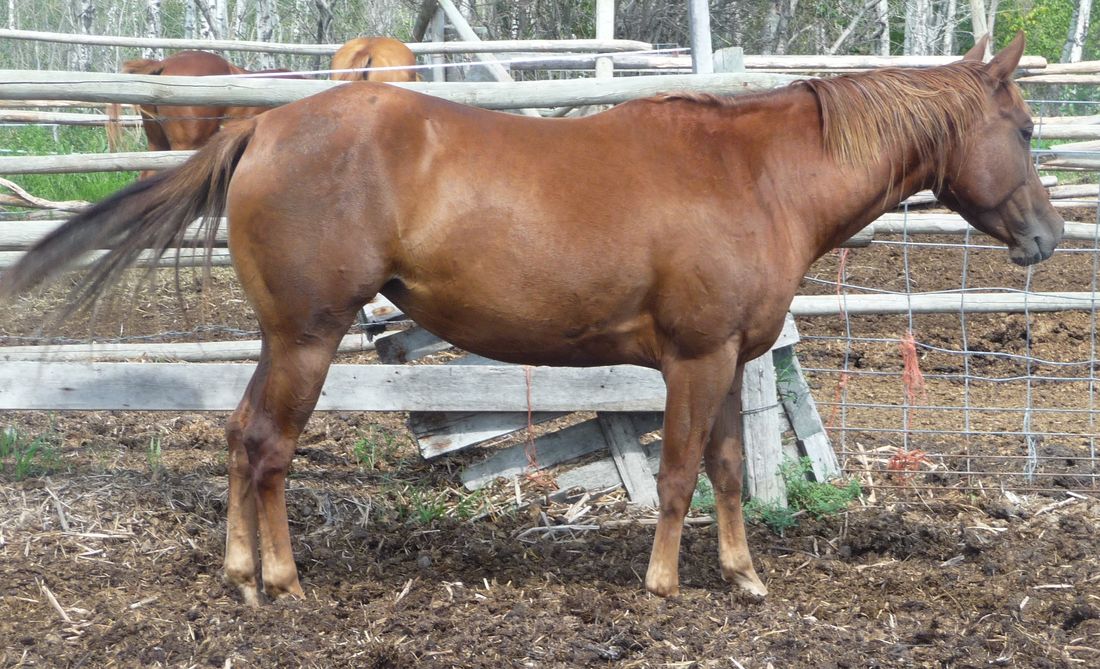 Share photo gallery
I had sold Jewel, but as I have always liked this mare, when the opportunity came to buy her back, I did so.  She is a very sweet mare that was lightly started in fall of 2014 and was ridden quite a bit but was never shown.  I bred her for 2017 foal, but may bring her back into riding and showing at later date.

She is sired by The Jewel Snipper who is a grandson of the legendary Hollywood Dun It and out of the dam Zann Par Snip -  World Champ Trail, Superiors in Trail,Reining & Western Riding.  The Jewel Snipper passes his Dun It - style stop to his foals along with his sensible disposition and strong conformation. His versatility is evident in his offspring as he produces competitors in reining, barrel racing, roping events and good using ranch horses.

The dam of this filly is CS Wright On Kay who is sired by Wright On and Muddy but was unshown due to injury.  He is a  full brother to an NRHA earner. Wright on and Muddy is sired by Lenas Wright On -  AQHA World Champion JR. working cowhorse, AQHA Performance ROM, 51 points, LTE $105,846. NRHA Open futurity champion.  CS Wright on Kay is out of the dam CS Gay Bar Okie Dokey who's full brother is a reining money earner.  Sired by Blue Boy Doc - NCHA money earner ($405.93) and producer of NCHA & NRHA winners. WC producer of 6XWC Apache Blue Boy 2003 Am heeling horse.

Both sire and dam are 5 panel clean.

You are visitor number: 273

Back to sale page